Special thanks to my colleagues!

As many of you know, most translated works scheduled for publication—e.g. newspaper articles, government documents—are anonymous. All we know is that they have been translated. The end target readers decide whether or not the works are good translations. But when it comes to literary and dramatic works, we often know who the translators are. How do we find out? It’s easy: all a reader has to do is open the publication and consult the first (or second) page. Voilà! You’ll usually find the translator’s name below the work’s title and the author’s name.

Over the past few months, you have likely noticed that some of my entries have been translated; others have not. To make my blog accessible to French- and Spanish-speaking readers, I thought it a good idea to translate entries related to general topics in translation, writing, or editing. On occasion, I may write a report on a symposium, round table, or conference related to the language industry or language professionals. Again, I feel that translations will be appropriate for the sake of colleagues who may have attended the event(s). Also, unless otherwise indicated, the topics discussed at these events mostly centre around general themes. Depending on necessity and the language in which the event(s) take(s) place, some reports may be translated into French only; for others, I may decide to post a Spanish translation.

Having said all this, I would like to thank the following colleagues who have taken time out of their schedule to translate the most recent blog entries:

From English into French

A French version of my latest blog entry, “Translation and its Subtleties in Poetry,” will be available soon. Mariko Beaupré has kindly offered to provide a translation for me.

From English into Spanish

My colleague Javier Salazar has accepted to assist me with future Spanish translations.

Merci beaucoup, muchas gracias for your contributions to my blog! I look forward to working with all of you in 2014! Until then, enjoy the rest of your holiday season! 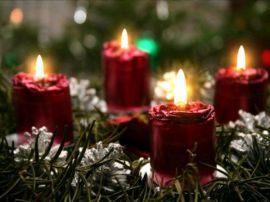 The Art and Craft of Blogging

Thoughts on translation, freelancing and life...

A bucket list blog: exploring happiness, growth, and the world.

A literary blog of poet, playwright and essayist Rachael Stanford

4 out of 5 dentists recommend this WordPress.com site

An Irishman's blog about the English language.